Keith Thomas started Kung fu in 1978 after hearing about a club from some friends, it was 3 days before his17th birthday – “I didn’t know what style of Kung fu it was, I didn’t know at the time that there were different styles! All I wanted to do was Kung fu, and I luckily picked Lau Gar Keun (Lau family fist)”.

Keith took his 1st degree black sash in Lau Gar in April 1985, and started teaching soon after that, first as an assistant teacher then on his own with his own school.

Even though Lau Gar is famous for it’s tournament fighters, it’s foundations and strengths are traditional in every way, from empty hand forms, traditional weapons, two person drills, hand and body conditioning. There is also Qi gong and meditation to strengthen the body from the inside.

As Keith moved up the grades in Lau Gar he became more and more interested in Chinese culture and Chinese medicine and after receiving some acupressure massage from Master Yau he decided a change of career was needed, so in 1991 he started a 3 year diploma in Acupuncture and Acupressure massage at the Northern College of Acupuncture in York.

After qualifying and being in practice for one year he went back to the York college and did a two year Diploma in Chinese herbal medicine. Half way through the course he went to China to study, working in a Acupuncture ward in a busy Beijing hospital on a morning and lectures in Acupuncture and Herbal medicine every afternoon. He now works as a full time Acupuncturist and Chinese herbalist in Middlesbrough and Darlington.

Keith was awarded his 5th degree black sash in November 1999 and in the spring of 2000 he was invited by Master Yau to become part of a group of 16 senior students known as the “Guardians” it is their job and privilege to take Lau Gar forward into the next century and to keep the high standards set by Master Yau.

Keith was awarded his 6th degree black sash in July 2006.
“It is hard to say what Kung Fu means to me and where I would be now if I hadn’t gone down to that first training session at the local Y.M.C.A. all those years ago. Its given me my health, a career, lots of very good friends and students and the privilege to be part of the Lau Gar family headed by Master J. Yau”. 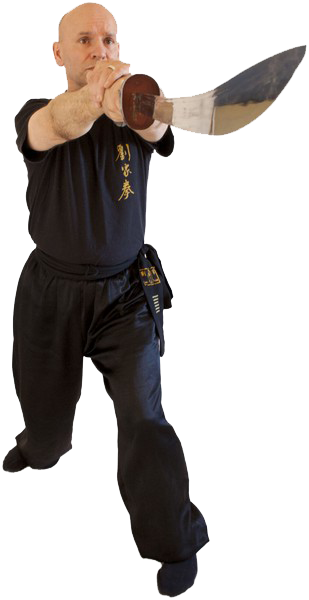